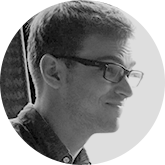 IS THIS THE END?

The Blood Moon passed across the sky last Sunday as Sukkot began, signaling what many Christians believe to be the “beginning of the end.”

As I type, there is a hurricane headed toward New York City, my home (a place that many Christian Fundamentalists believe to be the “Babylon” spoken of in the scriptures. Ugh).

On Thursday, ten people were killed when a gunman opened fire at Umpqua Community College in Oregon. Seven others were injured, and the shooter is dead.

Across the world there is mass starvation, human trafficking, racism, sexism, elitism, and unjust regimes oppressing the people under their watch, squelching the most basic of human freedoms.

Is this the end?

WHAT I USED TO BELIEVE

When I went to college I had an eschatology course where I was taught that a global event called “The Rapture” would occur in which God would extract all the true believers from this world in the blink of an eye.

I was taught that this event would be so cataclysmic that it would plunge the entire world into a “Great Tribulation.”

I no longer believe this, but in my early twenties I did.

It’s odd to me how some in the church capitalize off of tragedy and disaster. They write best selling books about it. They make movies about it. They tour the country speaking about it. And yes, they build churches centered around the idea that the elect will one day soon be taken while the rest of us are left behind.

I do acknowledge that this is one way to look at prophecy, but I no longer subscribe to it, for it is a self-fulfilling prophecy.

What we believe about God, like it or not, determines what we bring about in the world.

HOW THE END WILL COME

It’s interesting (and terrifying to me) that this is precisely what we see happening in the world today.

When we believe in an earth with a “death clock” ever ticking, this translates into human behavior that treats the world and its inhabitants as temporary, maybe even “disposable” things.

After all, if this is just a temporary thing, why do anything  to make it better “down here?”

This is in such contrast to the theology of Jesus, who taught us to pray for it to be, “on earth as it is in heaven.”

I wonder if the answer for the world (as it pertains to the behavior of the church) is to start looking “outward” instead of “upward.” Looking at our neighbors, our schools, our churches, our institutions and businesses, asking, “How can I make this more heavenly, here on earth?”

When we believe in a God who thinks of all of this as disposable, that is exactly how we treat it.

Years ago, my eschatology drastically shifted. I do not believe God is going to destroy the earth, but I do believe it to be highly probable that we will because of how we process (and practice) our beliefs and values.

We behave just like the God we believe in.

What kind of a God are you imitating? One who wills it to be “on earth as it is in heaven” or one who sees this all as a “disposable-testing-ground” whereby we earn a “heaven” somewhere else?

My heart breaks for Oregon.

My heart breaks for those without access to shelter, food, and clean water.

My heart breaks for the oppressed, the sick, the poor, and those without hope.

Our world is not disposable. It is what we make of it, and its condition is a direct bi-product of what we truly believe about God and others.

Ryan is the Lead Pastor of Forefront Church in Manhattan, NYC and Communications Director for Convergence and the Center for Progressive Renewal.