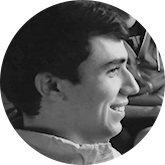 Jesus was an undocumented child refugee. After his birth Jesus and his family had to flee to Egypt in order to escape the madness of King Herod.

Not only that, but Jesus lived in a place that was occupied by the ruthless Roman empire, which routinely killed, tortured, and imprisoned anyone who even thought about revolution. There is ample evidence that a Roman General named Varis slaughtered thousands by crucifixion in a town called Sephoris. The town of Sephoris was roughly three miles from Jesus’ hometown of Nazareth. It’s safe to say that Jesus and his family were in some way affected by this senseless act of terrorism.

It’s incredibly surprising when Jesus addresses the issue of retribution of one’s enemies. Jesus does not say for evil to be repaid with evil. Instead Jesus says this,

But I say to you, do not resist an evil person; but whoever slaps you on your right cheek, turn the other to him also. – Matthew 5:39.

How demoralizing for anyone looking for a good fight.

There is incredible power in withholding power and showing love to our enemies.

If I’m being honest that is frustrating and impractical. It’s certainly not satisfying.

I’ve seen the ISIS videos. I’ve watched the Paris attacks. I’ve read about refugees who have turned around and caused destruction upon the same people who welcomed them in. If I’m being honest I want swift and violent retribution . I want to see terrorists bombed. I want to close borders. I want to be safe. It is understandable that many of us want the same. It’s understandable that we want to bring acts of terrorism to an end by any means possible. I would even say it’s justified.

Would it start a movement?

Would it bring lasting change?

Would it reshape our world?

As Christ followers, to do any less than this is to deny the mystery of Jesus Christ. To do any less sends a message that we’re far more concerned with self justification. To do any less is in direct conflict with the powerful teachings of Jesus.

As Christ followers let us practice the impractical. Let’s embrace the mystery of Christ. Let us find great power in withholding our power and showing love to our enemies.

Jonathan is the Senior Pastor of Forefront Church in New York City. Forefront is a congregation dedicated to fostering renewal through its core values of humility, diversity, community, and generosity.