When Jesus had something to say to the powers and principalities he staged a march upon a capital city. Admittedly, it was a wobbly thing. A donkey. No stomping, snorting stallions. No weapons or armor. They didn’t march neatly, in line, in step. There was nothing crisp about it. It was a wobbly thing, this un-assault or anti-assault upon the seat of power. Yet, these 2000 years later that march still speaks, defies, and clarifies.

It speaks the truth that imperial forces are everywhere around us and would persuade us to spectacular self-importance—my family, my race, my nation—as though God loves us more. They would tap primitive instincts (others are a threat) in order to incite us to anxious barrier-building and weapons-amassing, rather than bending heart and mind to the tricky, sophisticated construction of bridges. They would inure us to the plight of God’s earth and dismiss the suffering of others as inconsequential. They would lure us into indulgence and consumption, rather than strengthen us for simplicity and discipline.

I will join the Women’s March on Saturday as a follower of this Jesus and in witness to a way of life that challenges Caesar. A way of life wherein might does not make right (although it can hurt you; it can smack you and leave you damaged). A way of life wherein riches cannot make you good or great. Wherein justice matters above one’s ability to purchase it. Wherein humility is esteemed for its wisdom.

I am drawn to this out-of-doors march because Jesus spent so much time outside. Born in a stable, baptized in a river, and tempted in the wilderness. His office and workshop were gardens and hillsides, dusty roads and village squares. After all, the outdoors is equalizing. There are no “best seats”, no reserved areas or entrance fee; no signs designating members only, men only, whites only, straights only, citizens only, English only. When we are out of doors the differences between silk and polyester just aren’t as obvious.

While Jesus hurled righteous anger at the perversions of the most powerful, he was more focused on inspiring we lesser mortals to high purpose. Pithy and wise beyond his 30 years, he demonstrated that 140 characters can traverse the eons, lift the conversation to the very throne of heaven, and locate our lives and our deeds in the perspective of eternity:

I will march on Saturday because in Jesus’ name I have something to say to the powers and principalities. A witness to bear. And eternity to ponder. 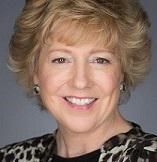