I was working with a congregation in the Midwest that seemed to go about every conflict sideways, as if they could not bear to face anything directly. When they needed to make a decision about the American flag in the sanctuary, instead of talking about it openly, people would sneak in late at night and rearrange furniture.  Depending on where they stood on the flag issue, they would either hide the flags or place them directly behind the pulpit. When someone had a complaint about the pastor, she would communicate the issue through a mediator, instead of going straight to him. When the governing body would try to put organizational or communication strategies in place, the culture of evasion always took over, and they would end up not being able to talk to one another.

After a few conversations, I realized that the church was wounded. They had a long-term minister who was an alcoholic. So the church was, in effect, acting like a large dysfunctional family—tiptoeing around issues, hiding their problems, and feeling lurking shame. Meanwhile, in the midst of the denials, lies, and cover-ups, they dressed up on Sunday morning and pretended like nothing was wrong. The pastor continued his erratic behavior as his office hours became sparse and his emotional temperament took on a jagged edge. The congregation, in response, enabled his behavior, even though he was wounding many people in the congregation.

Working with this congregation made me realize how often we hurt one another in our religious contexts, and the trauma often reverberates in ways that we don’t expect. As church leaders, we need to be prepared for the ways religion can cause pain.

For instance, we might be working in a welcoming and affirming congregation that attracts LGBTQ members and we don’t understand the ways in which they have been emotionally abused by churches in the past. Or we might minister alongside someone who reads the Bible with the lens of prosperity gospel, and they feel a desperate shame about their debt. Or we may have women in our congregations who have lived with the lies of gender complementarianism, and they don’t feel like they can claim the good news that in Jesus Christ, there is no male or female, slave or free.

After years of working with people who were sorting out the spiritual messiness that was caused by religious damage as well as sorting out my own history, I wrote Healing Spiritual Wounds: Reconnecting with a Loving God After Experiencing a Hurtful Church.

Through the book, I walk through steps of healing:

My hope for this book coincides with my work at Center for Progressive Renewal, because we are all looking to build a just and generous faith. Whether you are working with people who have been wounded in the past, or you have pain that you are harboring, my hope is that we can all do the hard work of unmasking the ways religion can hurt us so that we can work toward loving God, others and ourselves in a movement of love and mercy.

Join Carol for a live web chat on Tuesday, February 28 at 11am Eastern. RSVP here. 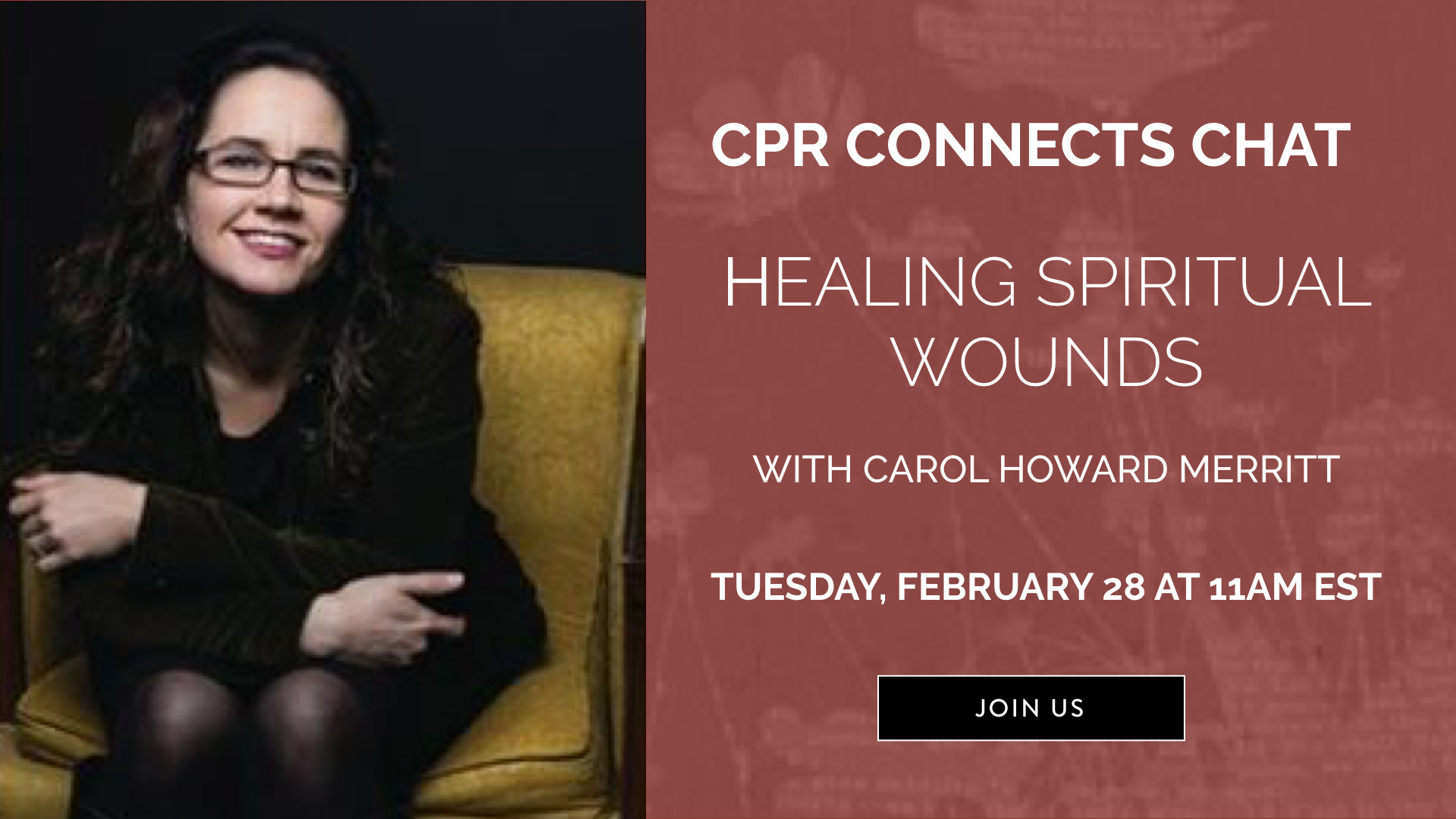 The Rev. Carol Howard Merritt (@CarolHoward) is the award-winning author of Tribal Church: Ministering to the Missing Generation (Alban) and Reframing Hope: Vital Ministry in a New Generation (Alban) and a frequent contributor to books, websites, magazines, and journals. She is a regular columnist at the Christian Century where her blog is hosted. She’s a Presbyterian (USA) minister whose writing, speaking, and teaching is anchored in theological and sociological insight. Carol specializes in intergenerational ministry, church growth, new church movements, and church communication.