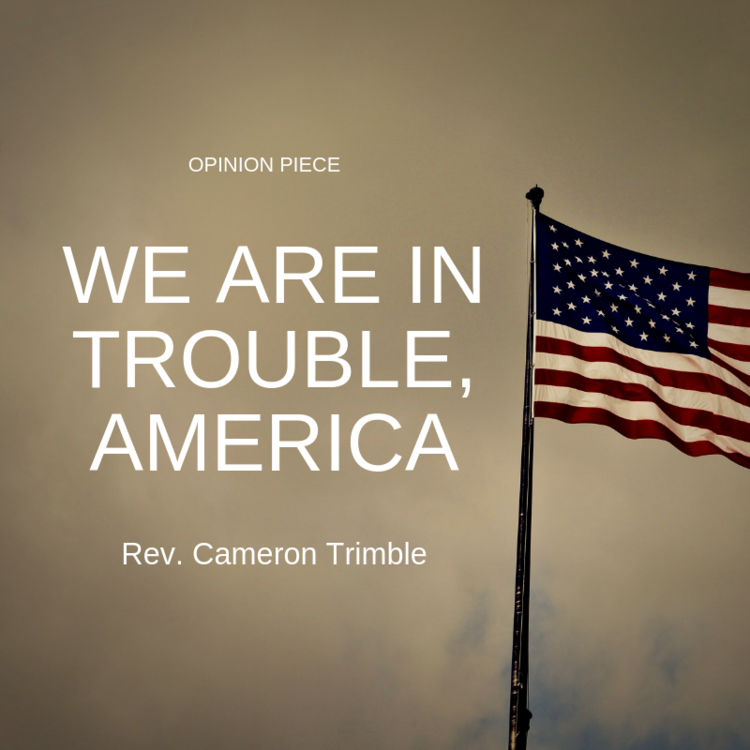 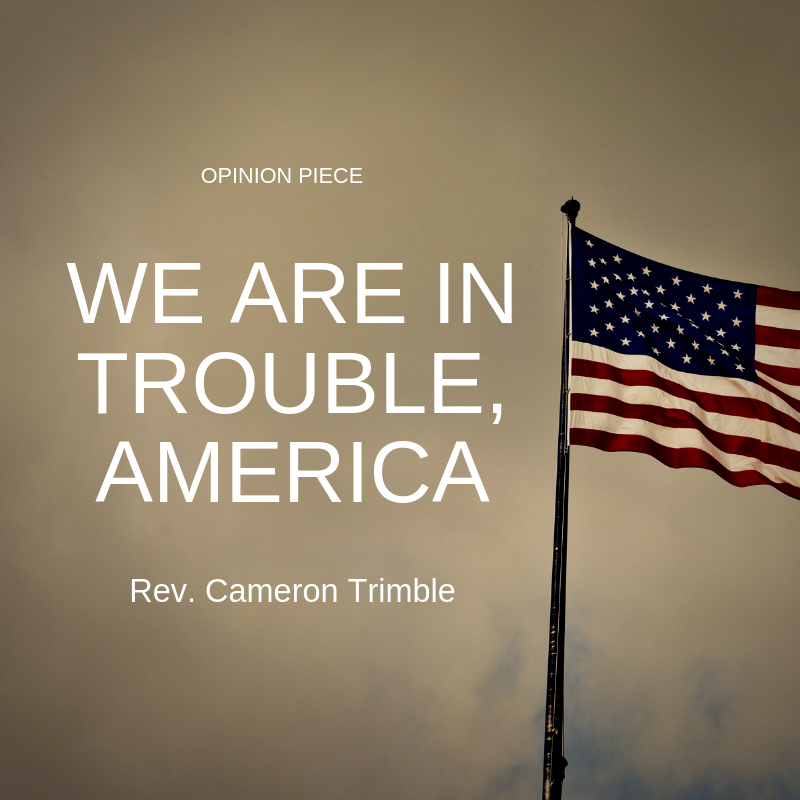 I am a Christian pastor, a wife, a mother, a leader, a concerned American citizen who is watching her country sell its soul. We are in trouble, America.

For most of our country’s history, we invested in a vision larger and stronger than our differences. We were working together to create a nation committed to liberty and justice for ALL, a nation that led the world in our civility, respect for human rights and autonomy, and a relentless concern for justice and equality. We fell short all too often, but we continued to try, navigating our way back to our core values as a nation.

Like individuals, a nation must have a sufficient moral compass capable of shaping laws and institutions that support a shared national life. We must have a mutual sense of identity, a unifying dream of what and who we can be together as a nation that works for ALL of us, not the most privileged among us.

Today, we have lost our way because our moral compass is deeply compromised. Consumed with tribalism and individualism, we are dividing against one another in a cesspool of hate-filled rhetoric, biased legislation and corrupt political leaders that tap into the deepest (and most racist) fears that we hold. We stand on the cusp between authoritarianism and freedom, between support for human rights and tyranny, between universal compassion and unbridled self-interest.

The question is: What are we to do about it?

Daniel Berrigan, one of the prophets of our time who spoke out against the Vietnam War, once said, “The prophet is one who speaks the truth to a culture of lies.” It’s time to become prophets, once again.

Dr. Scott Warren faces a second trial in Tucson, Arizona for providing water to people crossing the deadly desert on our southern borders where 88 of people have died of dehydration since January 2018, when Warren was arrested. Where every year, dried human bones and remains of men, women, and children are found scattered. Dr. Warren, who says he was acting as a humanitarian, faces up to 20 years in federal prison for providing this basic aid.

If we are going to make the claim of being a Christian nation, as the advocates for the pro-life position would surely agree, then we must follow that commitment all the way through. We must care for those who find facing death in the desert a better alternative than facing violence and poverty at home. If we are going to force women to give birth to babies (100% of pregnancies are caused by men), then we must INSIST that this nation care for those children after their birth. We cannot be pro-life and deny that child healthcare, education, job training, mental health support, and social security. We are morally obligated as full disciples of Jesus to build a society that is truly pro-life. If we fail to do so, we are only pro-birth. Our faith is only as valid as our authenticity in living it out.

The Christian faith is more than personal piety and fidelity to a system. It demands of us prophetic courage to walk in the ways of Jesus, ways that always side with the poor, vulnerable, marginalized and oppressed. We simply cannot take the cold-hearted stands we see this nation taking. We cannot call ourselves Christian unless, as Daniel Berrigan advises, we are willing to speak the truth to a culture of lies.

Charging a good samaritan with 20 years in federal prison for providing basic aid that saves lives is extreme. The “abortion debate” is a distraction from the underlying strategy of diminishing women’s rights. Overturning voting rights and denying access to affordable healthcare for millions of Americans, undercuts our democracy and most basic human morality.

While citizens are yelling at one another from their extreme positions, we fail to recognize that these laws are actually about our fear of one another. We are scapegoating others instead of looking at the corruption of our own hearts. This is when the prophets must step forward and say “enough.” We have had enough of

…the rejection and crimes against immigrants

…the attack on women’s rights

…the killing of unarmed black men and women

…the careless destruction of the planet

…the abuse of LGBTQ people

These things are not of God. They are incongruent with the Christian life. They undermine human well-being and comprise our morality as a nation.

We must not forget that the Biblical prophets were people like you and me. People who had jobs and families. People who were discouraged by their political realities and hurt for those being hurt. They had the choice to say nothing, to not engage the issues they saw. They also had the choice to go along with the trends, to not do the research but instead believe with others told them. But they, in faithfulness to their tradition and their spirituality, refused to look away even in the face of great personal cost. They proclaimed the vision of God’s ‘kingdom’ on earth, one committed to the well-being and honoring of all.

I hope you are ready to claim your prophetic voice and join a growing movement of people saying “enough.” I encourage you to:

We are in trouble, America. It’s time for the prophets to rise once again, being clear about God’s vision for a more just and generous world for all.