Pope Francis has called on Christians around the globe to embrace Jesus’ teachings on nonviolence, saying in his yearly World Day of Peace message that while many countries are experiencing conflict that “violence is not the cure for our broken world.

At least three dozen so-called sanctuary cities across the country are standing firm against President-elect Donald Trump’s pledge to crack down on them, according to a POLITICO analysis.

Advocates and attorneys for undocumented immigrants aren’t waiting until Inauguration Day to assist the millions of people who find their status in even greater jeopardy given the campaign rhetoric by President-elect Donald Trump.

Boston isn’t known for diverse political views, but some 2,600 people gathered Sunday evening to take the first steps toward making the city a model for unity in a time when divisive views have created two very different visions for the nation’s future.

Human rights supporters, particularly advocates for the rights of women, can advance their cause when they join with supporters of religious liberty. Indeed, religious freedom, rightly understood, affirms women precisely by affirming their right to choose what to believe and how to live.

Evangelical pastor Adam Phillips moved to Oregon to start Christ Church: Portland in the spring of 2014. Nine months later, the evangelical denomination Phillips worked for kicked him out and pulled two years of funding from the church.

Should Anti-Trump Evangelicals Leave the Movement?

By Jonathan Merritt, The Atlantic

Sickened by so many evangelicals’ support of President-elect Donald Trump, many leaders are threatening to leave their movement or pretending that they already have.

We can no longer mask the barbarity of the death penalty

The United States is bumbling its way toward the bitter end of the death penalty. As the numbers of executions fall every year, the state-ordered deaths that we do commit become that much more unusual, freakish and unfair applications of the law.

Nonbank lenders could soon find themselves with more passive regulatory oversight under a Republican-controlled Congress and White House that could radically upend recent efforts to crack down on predatory lending practices targeting struggling, low-income Americans. 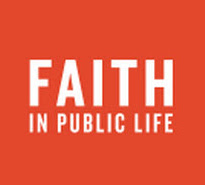