Years ago, in celebration of the Virginia Council of Church’s 60th Anniversary, I was asked to write a history of the role that Virginia churches played during the civil rights movement. As I researched, I discovered extraordinary acts and individuals of courage. I read histories of faith leaders and congregations who put themselves in harm’s way to work against oppression, and I learned about church governing bodies who united to work for justice and reconciliation.

But I also found the opposite to be true. In the face of terrible injustice, many, if not most, white churches did not act. Or, worse, they acted retroactively, doing things like creating private Christian “academies” for their own white children, convenient tools to allow people to put on the appearance of spirituality as they found ways to avoid sending their children to desegregated schools.

When I consider everything I learned while doing that project, one overwhelming fact stands out to me: the insufficiency of the word “tolerance” when it comes justice. The concept of tolerance seems wholly inadequate when the time has come for radical embrace.

These days, as I look into the wide-open faces of my three boys, I wonder about their future as never before. They are growing into men in a beautiful and terrible world. I know that the decisions they’ll make as adults are being formed right now, and I pray they’ll grow to be men who stand firmly on the side of justice and reconciliation. I pray they will always have hearts that long to see a world made right.

On this Martin Luther King Jr Day, as we anticipate the inauguration of Donald J. Trump as President of our beloved United States of America, my children and I will take some time to discuss the meaning of this day. We’ll talk about the courage of Dr. King and his colleagues like Rep. John Lewis. We’ll think about the choices that everyday Americans made about the dream that Dr. King shared with us all.

Here are the quotes we’ll be discussing, taken from Dr. King’s speech to the Montgomery Improvement Association on Dec. 5, 1955, and compiled by Colbert I. King of the Washington Post:

And we are determined… to work and fight until justice runs down like water, and righteousness like a mighty stream…

I want to say that in all of our actions, we must stick together. Unity is the great need of the hour, and if we are united we can get many of the things that we not only desire but which we justly deserve. And don’t let anybody frighten you. We are not afraid of what we are doing, because we are doing it within the law… 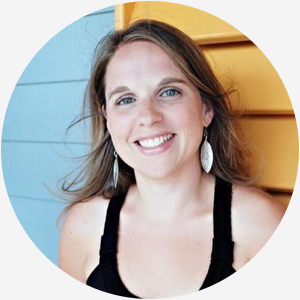 Amy Olrick is a We Stand With Love organizer and a coordinator of Convergence’s 100 Days of Action campaign.