It is easy for those of us born after the Roe vs. Wade decision to forget that, eleven years before the ruling, upwards of five thousand women died from having illegal abortions. Distance from this era of a staggering reproductive health crisis must be treated with elation and caution. Elation over the fact that far fewer people are dying due to reproductive health-related complications and caution, because there are forces of regression at work in our society that would return us to those tragic days. Days that we would all do well to recognize but not replicate.

Before I proceed, it is important for me to disclose the fact that I do not have a uterus and that many of the decisions made about the bodies of people with a uterus are by cisgender men. And the last thing any of us interested in transformative public discourse need is another cisgender man telling people how they should or shouldn’t take care of their reproductive health. This was no clearer than a lunch conversation I was a part of in seminary. The four or five of us were discussing the moral ambiguity of abortion, with some coming arriving at an anti-choice conclusion and others arriving at a pro-choice one. And then it dawned on me; the crushing realization that every person in the conversation self-identified as a cisgender man.

“Is this our place?”, I remember asking myself in the days to follow. Is it helpful for me – a person who will never be personally faced with the complex question of whether or not to have an abortion – to form a rigid, moralistic opinion about the matter? A resounding “No” began to voice itself deep inside of me, a “No” that haunts me to this very day. I say “No” because in my work as a priest, I see myself less as a purveyor of pithy moral quips and more as a companion with people through life’s most challenging and complex seasons. The human dimension of reproductive health and justice is often what is ceded in culture wars over hot topic matters like abortion. People seeking out reproductive healthcare – not just abortions – aren’t an “issue” or a “question”. They are people with needs, desires, and a right to autonomy and self-determination in their reproductive decisions.

In this time of unapologetic opposition to the right to choose, it is important that Christians and people advocating for the common good rediscover the beauty of telling deeply human stories; stories of impoverishment, difficulty, and resurrection. This telling of stories are most compellingly told from a first-person perspective, namely by the women and people with a uterus who honor us through their vulnerable truth-telling. People like the Rev. Dr. Amy Butler who made the choice of a later-term abortion under difficult circumstances: “The pain was so real and so consuming that navigating my way through the grief, I never thought that I would have the happy, healthy family that I do today.” Here, Dr. Butler offers us all a front row seat into her and her husband’s heart-wrenching decision, a decision that she did not come to on a whim, but through much agony.

And that is where the Church can find its point of entry: in offering people making these decisions every measure of mercy they need to live wise and whole lives. It is the act of looking people in the eye and saying, “I trust you. I love you,” not, “My personal religious convictions on this matter should prevent you from seeking out the affordable, safe health care that you need.” This act leads people of faith and goodwill to seek out ways in which we can support and elevate organizations that offer life-saving reproductive health care and education to people of all ages, races, socio-economic levels, sexual orientations, and gender identities, especially organizations like Planned Parenthood and SisterReach.

Supporting the defunding of Planned Parenthood may seem like a noble cause – “Save the babies!” – to anti-choice Christians, but it actually ends up hurting more people than it helps. While this may seem counter-intuitive to people in the anti-choice camp, abortion rates actually fell sharply in the Obama years, debunking the myth that outlawing abortion will somehow decrease abortions. As the years preceding Roe vs. Wade show us: abortions will happen, whether they are legal or not. And if one opposes abortion, but doesn’t support measures that affirm the personhood and flourishing of our nation’s most vulnerable populations, that person isn’t “pro-life”, they’re just “pro-birth”.

One isn’t “pro-life” if they oppose abortion, but support policies and politicians that promise to gut public education, repeal the Affordable Care Act, and beef up the militarization of local law enforcement agencies that disproportionately kill people of color in general and black people in particular. Being “pro-life” means nil if it doesn’t mean being “pro-all-of-life”.

In the words of this prayer resource published by SisterReach, “We must trust black women to articulate their needs in order to change laws that exclude, abuse or oppress people based on gender.” It is in our collective interest to eschew practices and perspectives that promote paternalism of any kind. Instead, we must embrace generative ways of relating to one another that prioritize the voices, experiences, and wisdom of historically-oppressed groups, affirming them as they plot the course of their own liberation. This includes standing with the co-chairs of the Women’s March on Washington as they made the decision to part ways with one of their sponsors, an anti-choice organization.

Our present cultural and political demands that we do everything in our ability to center the narratives of women and others making life-altering decisions, affirming their autonomy and advocating for their wholeness. 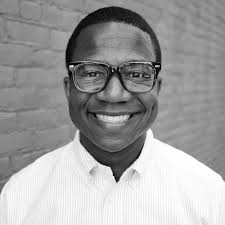 A 2015 graduate of Virginia Theological Seminary, the Rev. Broderick Greer is Curate at Grace-St. Luke’s Episcopal Church and School in Memphis, TN. At Grace-St. Luke’s, Broderick coordinates ministry to people in their 20s and 30s, preaches and leads worship, oversees the parochial school chapel, and directs City of Soul, an Episcopal Service Corps (young adult service year) program. He offers lectures and facilitates conversations at the intersection of social media, American history, queer theory, black theology, human rights, and racial justice. His work has appeared in The Guardian, Religion News Service, The Washington Post, and The Huffington Post.