Hurricane Sandy hit the New York coastline in the fall of 2012 just four weeks after we started Sunday services for Forefront Brooklyn. I was brand new in my part-time role as Community Director and still trying to figure out just what a Community Director does, when this huge opportunity to serve our city arrived. In the weeks that followed the storm, I mobilized volunteers on a daily and then weekly basis to do everything from sort emergency supplies to haul soaking wet furniture out of flooded basements. Our church collected about $90,000 in donations from around the country, and I was in charge of distributing those funds in Brooklyn. Completely overwhelmed and exhausted, like most of NYC, I had no idea how to handle emergency needs after a hurricane.

But it was one of the best seasons of my life.

My husband and I were dating at the time. We started knocking on the doors of a street in the Red Hook neighborhood of Brooklyn. These families had lived on this block (across from the housing projects) for decades. One family had 3 generations in the house and an autistic child. Another family was an elderly couple that had just survived cancer. Our favorite family was a sweet middle-aged man taking care of his mother with dementia. The storm wasn’t expected to flood their area, but they had 5 feet of water in their homes. For months, every weekend my future husband and I and others from our community went back to this street of houses to clean and eventually, to help rebuild. We met some amazing people while serving in Red Hook. We made lifelong friends. Many of these people were at our wedding a year later.

Frederick Buechner wrote: “‘Whom shall I send into the pain of the world where people die?’ and if you are not careful, you may find yourself answering, ‘Send me.’ You may hear the voice say, ‘Go.’ Just Go.”

My “send me” moment came in the aftermath of Hurricane Sandy.

Ever since visiting Uganda on a mission trip in 2009 I couldn’t shake the feeling that I should be doing aid work. But that was a terrifying idea. I’m a sensitive person and I didn’t think I was strong enough to go back into a foreign culture, into the pain of war and poverty. It took the next three years trying different jobs and volunteer roles in an effort to find “my calling.” For me that meant finding something where I could feel alive and passionate about the work I do, the people I do it with, and that allows me to live into my values. A mentor used to tell me that luck is when preparation and opportunity meet. I think there’s something to be said about finding your calling in the same way. Perhaps it’s luck, perhaps it’s like Buechner says, a voice that you are finally able to hear.

For me, the voice in the back of my head pushing me towards ministry was one I didn’t want to listen to for more than a year. The idea of working for the Church seemed ridiculous; I didn’t know enough about the Bible to be in ministry. And honestly, I was embarrassed. What would my artsy, liberal, gay friends think? Most of them didn’t even know I went to church. I was afraid they would lump me in with all the other crazy Christians who made them feel unloved and unwelcome. Still the voice persisted, so at the end of summer 2012, I asked to talk with my pastor. I wanted to discuss some volunteer work I could do with non-profit partners on behalf of the church we were starting in Brooklyn. Instead he asked me to describe my dream job. “If you could do anything…” he asked, “here in the city right now, what would it be?

This was my moment of luck. After three long years, I was prepared to answer this question. I said I wanted to work for part of the week with great non-profits and community organizations whose vision I valued, and for the other part, I wanted to invest in people one-on-one and connect them with others who could help and inspire them.  His response? He laughed and told me that I was going to have to work for the church. I admitted to him that I secretly hoped and feared he would say that.

Four and a half years later, I am proud to say I am the Associate Pastor of this same church. I’m proud because we are the only evangelical church in New York City who openly loves and affirms people of all orientations, genders, and backgrounds. I’m also proud of the thousands of dollars we’ve raised and given away to incredible non-profits who share our vision for a more just and generous world. I’m proud and humbled by the many women I’ve loved and mentored, as they grew from younger individuals into the strong, confident, and faithful women leaders they are today.

This role teaches me every week that I am so much stronger than I thought. When I have a partner by my side and a community supporting me, I am capable of stepping into the pain of the world and walking through it with others. Time and again I find myself in situations and places where I feel underequipped, but I continue to say, “send me” because it’s in these hardest of moments where I find the fullness of life.

And it all began with a hurricane.

I am a producer, an advocate, a pastor, a community builder. I am meant to be doing aid work, but it might not look like hauling water in Africa. I know that now. I now know my vocation is to help people and the bigness of that statement doesn’t scare me like it used to. In the aftermath of Hurricane Sandy I learned that the intensity of my empathy and emotions could be channeled into action. And I am building a support system to help me draw boundaries, to ask for help when I need it, and to encourage me to be the healthiest leader I can be when I walk alongside others in pain.

This is why I am helping organize the inaugural “She is Called” in New York City, a conference of conversations where women in church leadership can start to find their own support system and lean into the leader God is calling each of us to be. If you are interested in bringing the She Is Called conference conversation, please contact carla@convergenceus.org. 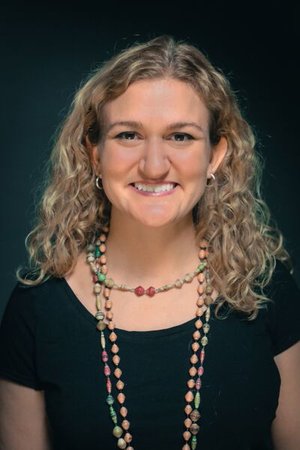 Jennifer Fisher is the Associate Pastor of Forefront Church Brooklyn, a community of progressive Christians she co-founded in 2012. An advocate for women’s issues and women in leadership, she also serves on the Young Professionals Board for Nomi Network, a NYC-based nonprofit that provides economic opportunities for survivors and women at risk of human trafficking in India and Cambodia. She lives in Park Slope, Brooklyn with her husband and newborn son.