I grew up in Fundamentalist Christianity, and that tradition does not allow women to be ordained or to have a leadership role that would result in women teaching men.  I am not a part of this tradition any more and have not been for more than a decade.  I find myself wondering at times what my life might have looked like if I had not been required to take such a scenic route to my life’s work, but ultimately I come back to a place of gratitude for my journey.  I married into ministry because that was the only on-ramp there was for me, and I “so happened” to marry a truly egalitarian man who never bought into the constraints placed on women, even in the early days when we were both committed fundamentalists.  I always served shoulder to shoulder with my husband in our churches, even in a church that tried very hard to limit my involvement, telling me they didn’t expect a “two for one deal.”  I suppose that was honorable of them, but those years were frankly miserable because I was cut off from what mattered most to me: tending to the well-being and health of the church.  Back then, I wormed my way into being church secretary just to stay as close to the action as I could.

Nothing pleases me quite as much as accurate words. I long for a specificity that must be exhausting for people around me to watch me snatching at. In the years while we planted Vintage, it was always awkward to find a word or phrase that expressed what I was in the church, and my people struggled with me. They introduced me to their friends as “My Pastor’s wife. But more than that. My friend. And also….Kind of my pastor too.”  I chalked it up to the ever-bizarre role of being a pastor’s wife, which always seemed to me to be only really like a First Lady in its level of involvement. But in time, and after a variety of experiences where words failed me, I came to the realization that the reason the words “Pastors Wife” didn’t accurately describe me was because I was more than that and always had been.  It would be another three years before I could put meat on the bones of that realization.

The church has a tradition of recognizing people who stand out in their midst for their ability and calling to lead them.   The process of ordination is different in various denominations and has various levels of intensity.  Many mainline denominations like Episcopalians, Anglicans, etc. require formal training in a seminary to be ordained, while most “low church” gatherings only require the ability to successfully navigate an ordination council convening with them to examine their life and doctrine.  In my case, based on my twenty years of experience serving the church,  my requirements were to present a paper citing my belief system and a defense of that paper in an exam that was lovingly dubbed “a witch trial” by my charming congregants.  A small group consisting of a three teachers and two former pastors served as my ordination council.  They reviewed my paper and prepared follow-up questions which I answered in a public forum. When their questions were exhausted, the public crowd was allowed to ask some questions. That was a fun night!   I didn’t know the questions ahead of time, so just before hand, I got nervous and started cramming, but once the questions started coming, I was just having fun.  The council recommended my ordination to the Oversight Team that serves like trustees, deacons or elders of Vintage and they formalized the ordination with an installation service.

I’m fond of exaggeration to prove a point, but I use no hyperbole when I say that the day of my service will live in my memory on par with my wedding day.  My husband and children were fully supportive and present.  A friend from a former church came for the weekend to celebrate with us, and a series of video greetings took my breath away with their words of confirmation, encouragement, excitement and participation.

For many years, I joked that if I ever met Brian McLaren in person, I would punch him in the face.  His book A New Kind of Christian was the match that lit the fuse that exploded our life as fundamentalists. The resulting destruction sent us hurling into life in Arkansas with a house in foreclosure and my imagined future burned to the ground. Not even my irony-loving soul could have guessed that a few years later, Brian would be sending a greeting, speaking words of blessing and confirmation not to my accomplished husband, but to me, as a pastor in my own right.

My fellow enneagram 4, Mark Scandrette sent a message, giving me the beautiful phrase, “spiritual midwife” as a description of my calling.  Mark has been a friend for years now, and his books have helped us give birth to new ways of thinking and gathering.  But maybe most important to me, Mark has always talked to me as an equal, even before I realized my own calling.  In all our visits, he included me in the conversation.  This might not seem like much, and I suspect he didn’t even know he was doing it, but for a girl who grew up in the shadow of men, being included and welcomed into theological conversation about the life of the church meant a great deal to me.

The room lit up when Jerusalem Greer appeared onscreen.  Not only is she a friend of Vintage, she is a role model, a source of joy and inspiration, and a personal friend.  This Preacher Lady, author and fellow Arkansan caught my eye years ago at a conference and I quietly began stalking her blog.  There is no doubt that her simply being Jerusalem made space for me to crash through the glass ceiling in my mind.  I finally let her in on the secret that I am “totally picking up what she is putting down” when she came to speak at Vintage a year ago.  I played nicely with others and shared her with my friends, but hearing her heart and just chatting for a short time told me that this was a sister, a colleague, a companion on a journey that I needed.  Our lives in the work of church prevent us from all the time it would take to have all the conversations that reveal all the ways we would end up saying, “Me too!”   But sometimes you just know a member of “the tribe that knows Joseph.”  Go read her new book. Get to know her.  She’s delightful.

My high school English teacher went on to become an Anglican priest and was recently ordained herself. What was the mad respect of a student for one of the best teachers ever has bloomed into a grown-up friendship.  Her greeting reminded me to “listen, listen, listen,” which is really to love my role as student like I reveled in being a student in her classroom years ago.  A private chat later revealed that we share a love for some of the same authors and for the exquisite beauty and reverence of liturgy.  When someone who has known you as one kind of person but makes room for you in their imagination to be something else, that is a special grace.

My college roommate is one of the most generous souls I have ever known.  She is a world of kindness and still has the best sense of humor, which is a rare combination. She rejoiced with us, spoke such wise and loving words to our church, and was the single person to recognize my husband for the role he played in being the kind of man who actively encourages his wife to  have her share of what he has enjoyed all these years without the slightest hint of insecurity.  She noticed and she rejoiced. Not everyone who “knew me when…”  can or did or would be so excited with me.  This too is grace.

And then my siblings showed up like an Army of Enthusiasts.  My sister-in-law, Cathy, who is as loyal as Samwise Gangee and fifty times as strong and brave. My brother, who hinted at the feeling of a wedding again when he toasted me as “high voodoo princess” followed by my sister, whom I adore for so many things, not the least of which is being Nadia Bolz Weber’s doppleganger in appearance, strength, and vocabulary. Finally, my youngest sister brought down the house with a custom remixed tune played on her ukelele. (Her original debut album was just released by the way.) They have known me the longest. They have the most reasons to call my ordination a joke.  But instead, they showed up with support, love, laughter, and song.

The ordination council and Oversight Team laid hands on me and prayed over me after presenting me with my framed certificate, and tears fell down the protective glass.  These people believe in me, recognize me, support me and agree with what the Holy Spirit has brought about.  They are the witnesses, willing to invest their time and energy in formalities, recognition and a thirteen page paper to boot.

And I am that pastor. 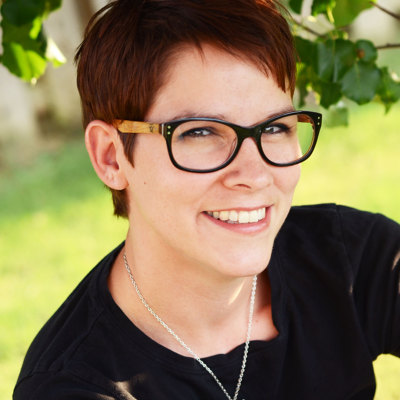 Vanessa Ryerse is a wife and mother of four children, three biological, and one adoptive. Vanessa is an introvert, a coffee-drinker, and a thinker. She serves at Vintage Fellowship.