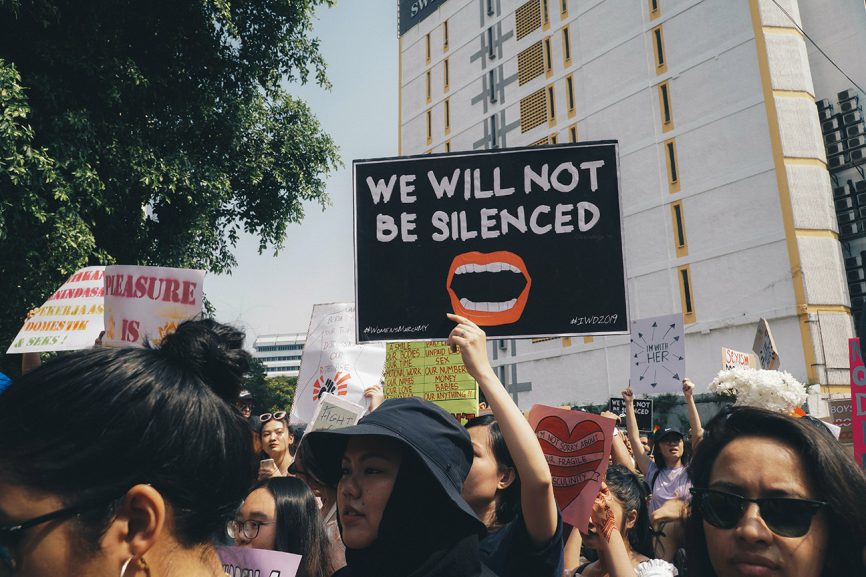 I’ve spent the last three and a half weeks on my feet. I’ve walked over 50 miles in the heat, rain and humidity. I’ve laundered my sweat-filled masks and clergy shirts time and again. I’ve been lifted by the voices of people who range in age from 12 weeks to 75 and I’ve gazed into crowds that cover all the tones of this planet’s gorgeous skin spectrum.

I’ve assisted medics when heat exhaustion has gotten the best of someone and I’ve gently encouraged people with a message different from the organizers to allow them to maintain the microphone. I’ve placed my body between our black organizers and abortion rights protesters, looking to co-op the stage and I’ve stood toe-to-toe with a group of leather-clad bikers who refused to allow the march to continue in their direction. I’ve watched as known white supremacists infiltrate the crowd, attempting to remain anonymous, and I’ve followed them for the entirety of a march to make sure that the automatic weapon we assume is in their backpack never makes its way out.

I am a protest chaplain.

We’ve all said it – these days have been uncharted. Not only are we experiencing and navigating a pandemic that has changed many of the ways we “do church” but we are also watching our nation find their collective voice as protesters maintain sustained peaceful action to an effort to highlight the sins of racism and white supremacy. My heart swells every time I see a group of humans lift their signs and their voices in the streets of my city. They are tenacious. They are committed to the movement. They are pushing the buttons of their local government officials in their pursuit for justice. And they are Not. Going. To. Stop.

We’ve read about a revolutionary like this. A man who continued to push the buttons of the people in charge in order to get his message across. Sometimes he did it quietly – mobilizing his followers in small circles. Sometimes he was loud and provocative, a nuisance in the public square, shouting from the rooftops the injustices he was witnessing. Jesus was tenacious. Jesus was committed to the work. Jesus was pushing the buttons of the officials in pursuit of justice. And he was Not. Going. To. Stop.

The times call for tenacity, button-pushing and commitment. Your work as an anti-racist faith leader requires you to engage.